We hope you have enjoyed our virtual soap opera(As the Beanstalk Turns). It was a lot of fun for us do.  It is a terrible time right now with no way to channel creative theatre needs.  Unfortunately, we have decided, after a lot of deliberation, to cancel the live shows that we had planned through December 2020.  We hope to be able to come back to "life" on the stage at the beginning of 2021. In the meantime, we are planning on doing more virtual acting.  We are working on our next virtual adventure to share with you.  Please keep checking back with us on Facebook, Instagram and our website.

At BeanStalk Community Theatre we know the positive effects of participating in the performing arts. We offer a diverse range of programs to meet the interests of the residents in Watauga County and surrounding areas. Whether you are looking to meet new friends, test out your acting chops, or explore the world of backstage, BeanStalk Community Theatre has a place for you! 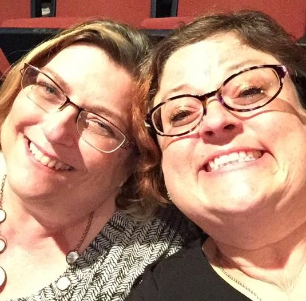 Amy is a former theatre arts teacher and taught theatre arts in the public school system for 10 years before moving back to Boone and starting BSCT in 2012. Andrea is a small business owner and leader in the community.

The team of McDonough and Beane was formed in 2009 when they directed "Twinderella" for Blue Ridge Community Theatre. That was followed by "Willy Wonka" in 2010 and "A Peter Rabbit Tale" in 2011. In 2012, BeanStalk Little Theatre was born. The first production was "Jingle Jury" in December followed by a successful "Night at the Wax Museum" in July 2013. Realizing the expansion of the theatre, BSLT was transformed into BeanStalk Community Theatre. See our "Past Shows tab to see all of the shows we've done since!

We take pride in offering the best in entertainment at an affordable price. We are dedicated to serving the needs of our community with each production. BSCT is a volunteer non-profit organization run by Andrea McDonough, Executive Director, and Amy Beane, Creative Director. While Andrea sits on the board, Amy acts as creative liason. Bring some fun into your life by joining others just like you who are looking for a creative outlet in a relaxed environment. Contact BSCT today! 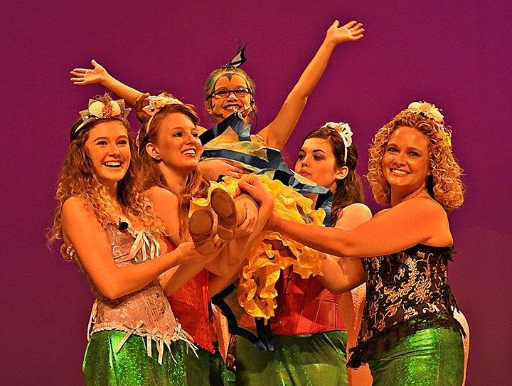